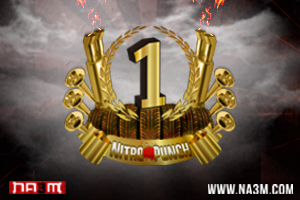 (Copenhagen / September 30) NA3AM’s flagship demolition derby game has reached the top positions of the App Store in the Middle East during the month of September. The game, which pits heavily armored vehicles against each other in a fight to the finish, has achieved the first position for the category “Racing Games” in Saudi Arabia, Bahrain and Lebanon. In the same category, it has come in second place in Oman, Jordan and Qatar, and in third place in Egypt. The rise in the quality and amount of users has also led to the company being featured in the “What’s Hot” section of the App Store for a week.

“The team at NA3AM is proud to see Nitro Punch performing increasingly better in the Middle East” says Eske Knudsen, NA3AM’s lead game designer. “We recently surpassed the 100,000 download mark and hope to continue breaking new milestones in the region. It’s very encouraging to see that players are genuinely enjoying the game and leaving favorable reviews on the App Store.”

Nitro Punch also recently received favorable reviews from recognized industry press sources such as AppPicker and SNAPPA. The game, which has reached the top 10 in the overall “Games” category in Bahrain, Qatar and Lebanon, will also soon be made available to Android users.

In Nitro Punch, players select from a range of customizable, weaponized vehicles before racing through a variety of hazardous environments. Featuring a powerful state-of-the-art 3D engine which combines two different game modes (drag race and a demolition arena), players use a host of devastating and exotic weapons, from a punch launcher to explosive barrels, as they race to destroy their enemies and become the Nitro Punch champion. The rules are simple: the last driver to survive wins.