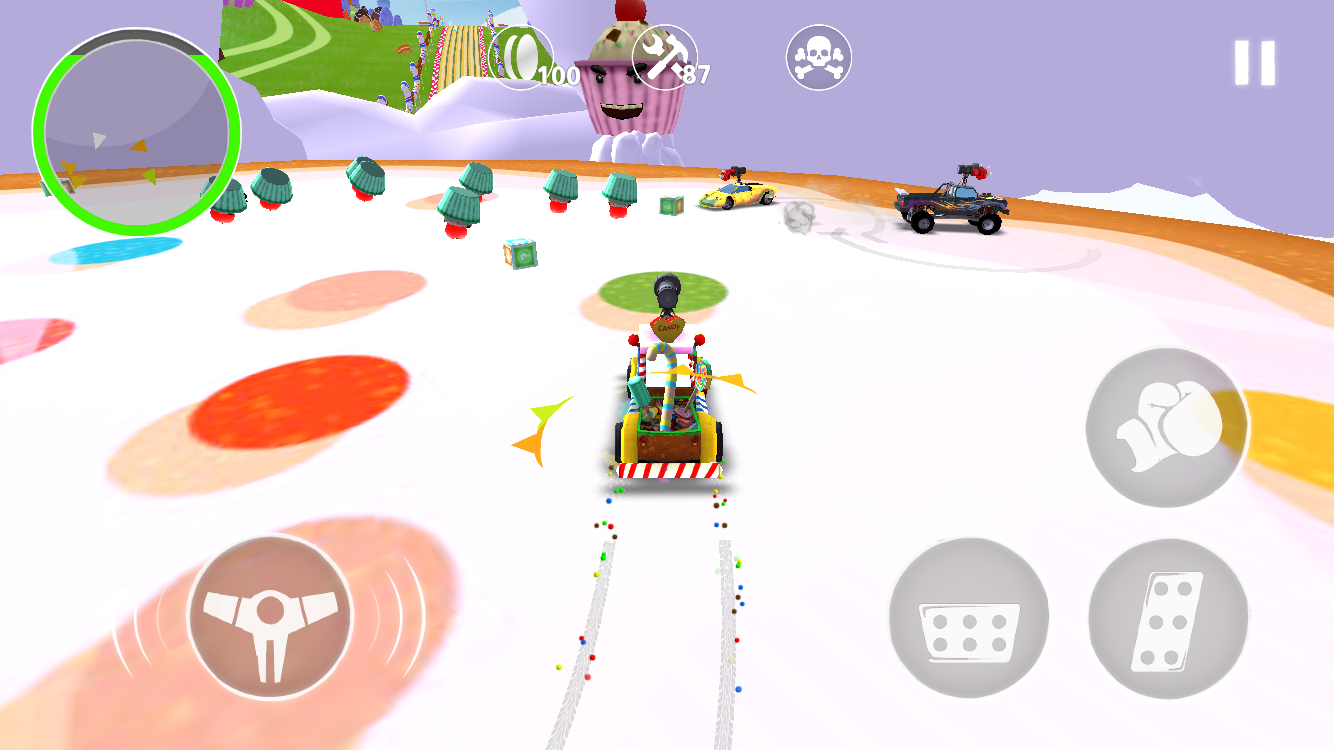 New Arab Media (NA3AM) will release a new update (1.5) of its flagship demolition derby title, Nitro Punch on December 15 this year, just in time for the holidays! Treat yourself to a free download that will have you eager for more!

The action-filled car game features armored vehicles racing against each other to reach a battle arena where players engage in a glove tossing fight!  The rules are simple, the last car standing wins. Players can choose between a range of weaponized vehicles and customize them before racing through arduous terrains where the last driver to survive wins.

Players can now access a whole new level made entirely of Christmas decorations and ornaments. Those with a sweet tooth will appreciate that the level is entirely made of candy. Additionally, users can now drive a truck that can be made into a gingerbread truck!   New Arab Media (NA3AM) has improved numerous aspects of the game, including the cars, skins and levels. This makes way for a seamless and realistic user experience that is sure to delight this holiday season. In addition these improvements and due to requests from our audience, the game will be available on Android for the first time.

The game has ranked in first position of the racing games category in 4 different countries (including Saudi Arabia, Bahrain and Lebanon) and within the top 5 games in 9 countries.

In the Arcade Games category, Nitro Punch has ranked amongst the top 10 games in 10 different countries (including Saudi Arabia, Bahrain, Egypt, Jordan, Lebanon, Oman and Qatar).

Buckle up and get ready for the ride of your life. Remember, if you want to prevail, you will have to be fast, you’ll have to be ruthless!